Early this morning, George, Norm, Keith and I left Albury on the 6:30am flight. I have to admit I was a bit teary! The kids were fine though. They discovered “Paw Patrol” on the airport TV!

We made it to Sydney and met Helen at the international terminal. She had Josh, Kim and Caleb with her. Keith also met his sister and her husband who came to see us off. We had plenty of time to spare so we sat in the food court. I purchased an early morning doner kebab which was particularly satisfying.

The drama for the day was losing Norm! We went through customs and got separated. Most of us met up on the other side but we couldn’t find Norm anywhere. We eventually made our way to the gate and were met by the smiling face of Norm.

The flight to Singapore was 8 hours. We had a nice selection of food and beverages. I watched Ant-man. Good movie! There was plenty of time to read too.

After arriving at Singapore we quickly found Ross, Elyse and Adele who had spent the day with Naomi and Ruth in Singapore. Ross has a red nose from sunburn. We’re now at Singapore airport waiting for our flight to Hyderabad.

For those who pray: 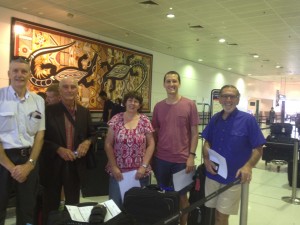 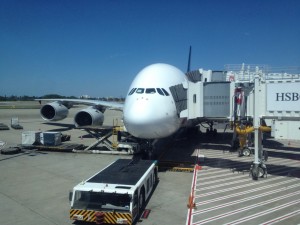 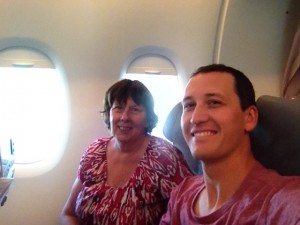 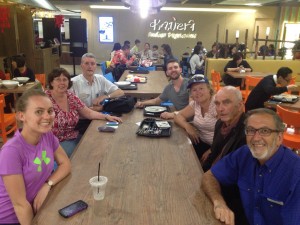 All APC events in Google Calendar

Albury Mens Convention aims to build up blokes in Christ.

Albury Christian Women’s Convention gathers women of all ages together for a day of fellowship and teaching.